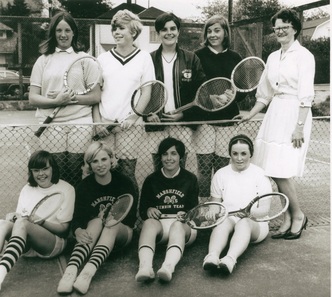 Many thanks to Mary Paczesniak for sharing her scrapbook covering the years 1965 through 1968.  Mary went on to a successful tennis career at Oregon State University.